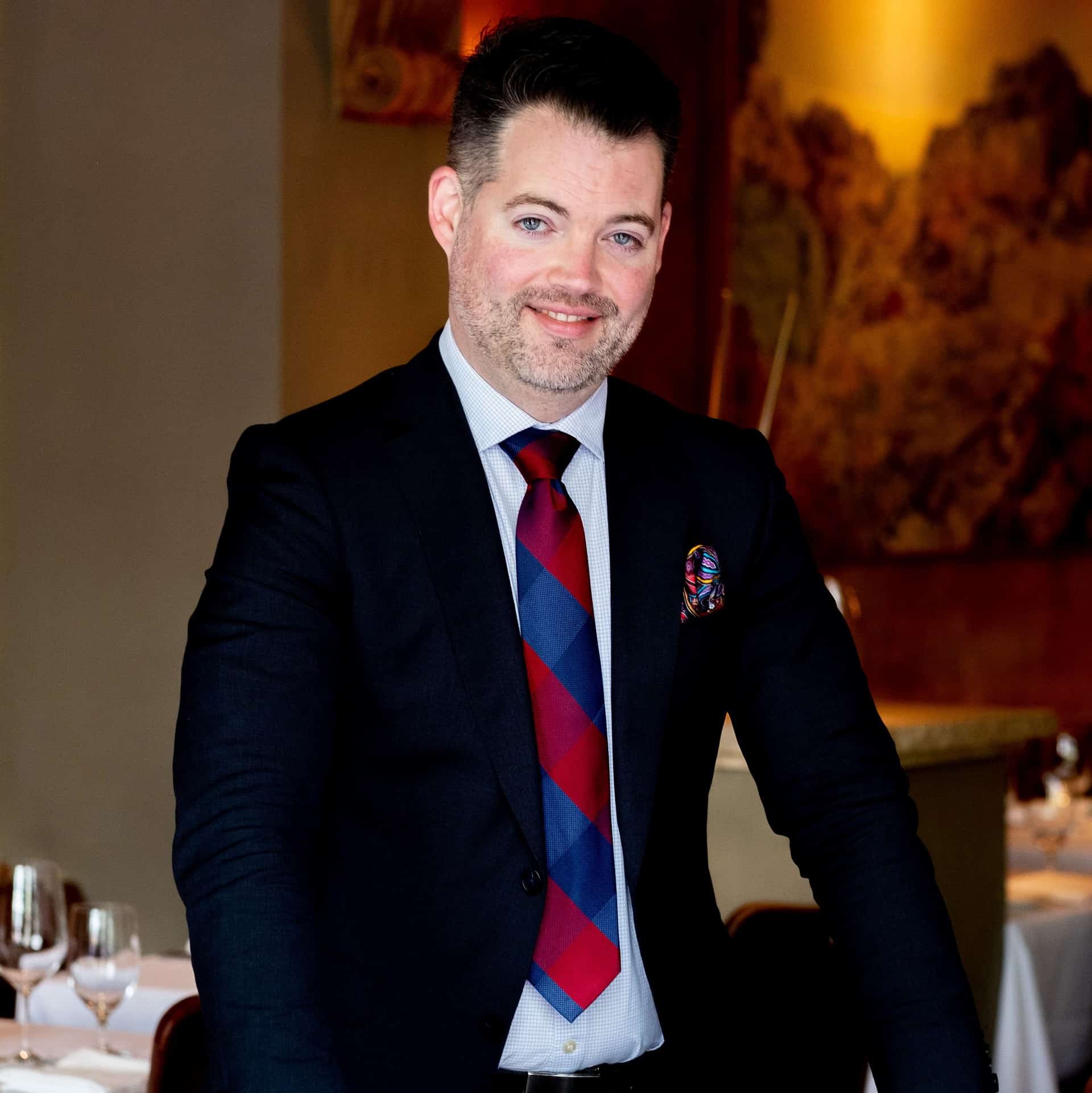 Shane’s career in service extends from experience in several top level restaurants and hotels in the United Kingdom and the U.S., to twelve years at Toptable properties.

A native of Prince Edward Island, Shane is a graduate of the Atlantic Tourism and Hospitality Institute and holds the WSET Diploma in Wine and Spirits. He recently qualified as Advanced Sommelier from the London-based Court of Master Sommeliers, one of the wine world’s most senior and prestigious accreditations. “The CMS curriculum is very demanding,” Shane says. “From the pragmatics of wine management and service to deductive blind wine tastings. I hope to pass this knowledge on to each guest, and complete the Masters designation soon.” If so, Shane would be the only sommelier in Western Canada to hold this extraordinary qualification.

Shane’s early days were spent at the Relais Gourmand White Barn Inn in Kennebunkport, Maine. In the U.K., he served at Glenapp Castle and Chapter One, both Michelin-starred, before moving to Canada in 2005 to join Araxi. In 2008, he became Assistant Wine Director of another sister restaurant, Blue Water Cafe.

Now the consummate host and Wine Director for CinCin Ristorante, Shane won the third annual Canadian Association of Professional Sommeliers (CAPS) BC Sommelier of the Year for 2017. This rigorous competition saw Shane vie with fifteen other finalists in front of a panel of demanding judges to achieve this very significant distinction.

“This is my passion, and there is a tale to be told in every bottle,” he says. I always enjoy sharing with our guests the story behind the wine they are drinking and pairing them with Chef Andrew Richardson’s brilliant contemporary Italian cuisine.”