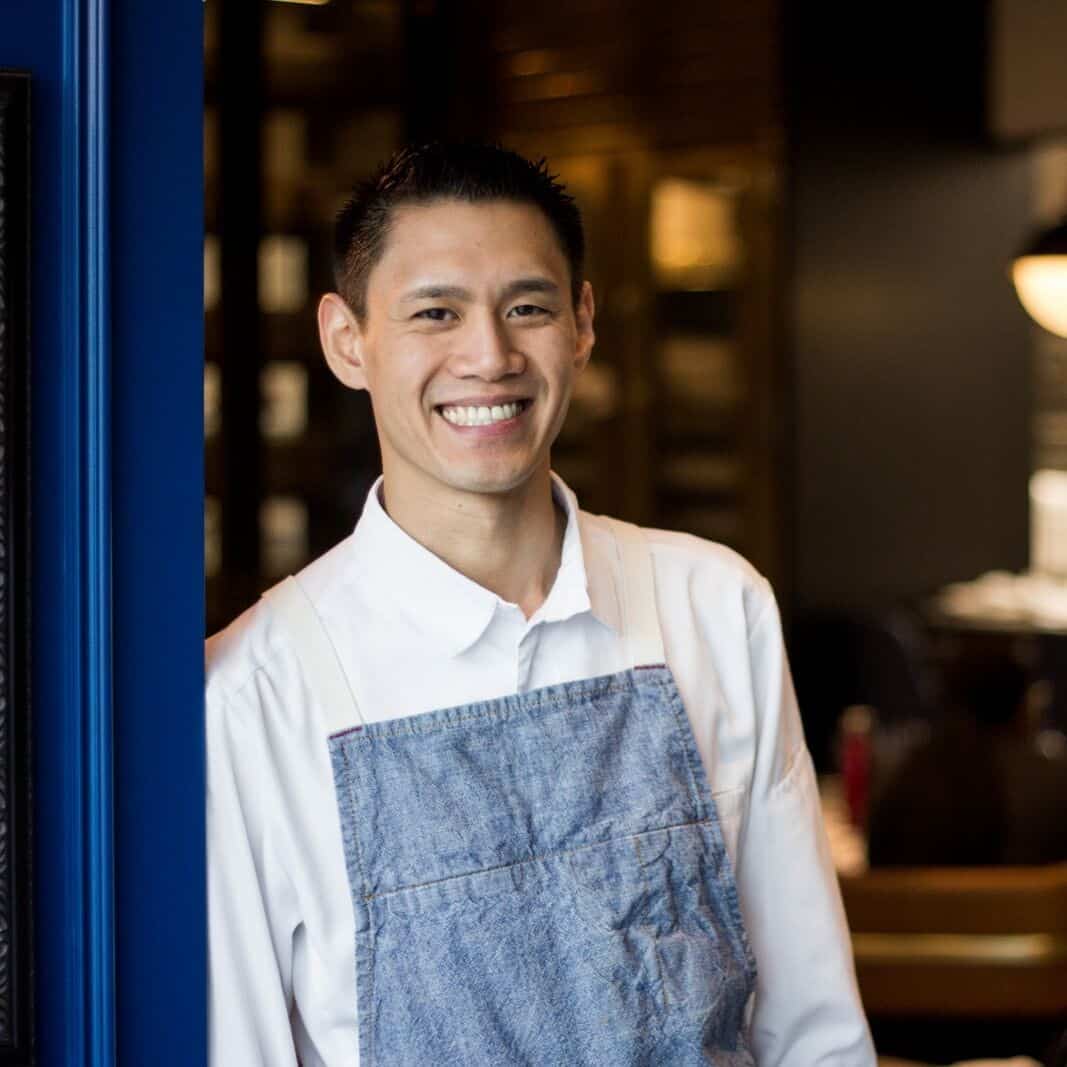 Growing up in Paris, France, Michel Nop was immersed in the food world from a young age. His parents ran a restaurant and cooked nearly every meal at home. By the time he was 14, Michel knew he was destined to become a chef.

Michel trained at several bistros and clubs across France and the U.K. before moving to Calgary in 2006. After a stint as Chef de Partie at Teatro Ristorante, Michel decided to return to Paris to cook at Michelin-starred restaurants under renowned French chefs Alain Ducasse and Alain Senderens.

In 2011, Michel found himself back in Calgary, where he helped open Cassis Bistro as Chef de Cuisine. The restaurant quickly earned acclaim for its farm-to-fork Southern French fare and was named “Best New Restaurant” by The Calgary Herald. In 2014, Michel was hired as Chef de Cuisine of Chef’s Table, where he spent more than two years creating artful and seasonally inspired French dishes. His work received many accolades from local media and helped secure the restaurant a coveted membership with Relais & Châteaux, as well as four diamonds from CAA/AAA. After winning the bronze medal at the 2016 Gold Medal Plates, Michel joined celebrated chefs Duncan Ly and Jinhee Lee to open Foreign Concept, which instantly gained recognition for its modern Asian fusion.

Now, as Chef de Cuisine of Buffo Ristorante, Michel honours traditional Italian recipes and old world cooking techniques. Whether he is simmering a classic homemade tomato sauce, or kneading a silky, delicate pasta dough, Michel is dedicated to preparing soul-satisfying dishes using the best ingredients. Above all, Chef Michel’s mission is to delight his guests with the simplicity and generosity of Italian cooking.